I've Got Some 'Spaining to Do

Questions from friends about our life here:

Where exactly does the rain fall over there?

It rains on the rooftops, and it continues to drizzle, sometimes for two or three days in a row. It puddles by the orange trees, and pelts the mar and playa.

It rains on the streets, dimming the candles of the Good Friday penitents.

When it does that, we huddle in the doorway of a farmacia, listening to the Spanish chatter. The man behind the counter grins at the sudden crowd, and pretends to pass out beers, instead of his normal pills and creams.

We feel so very different, yet included. Part of a community, all huddled together, trying to stay warm and dry, and maybe laugh a little.

And yes, it rains mainly on the plain.

The local take on what’s going on in Cypress?

My American friends connected to the naval base surely have opinions about such things, along with gay marriage, and the government sequester. But as for the locals? If it’s not happening in Andalucia? It’s not really worth thinking about.

People here are really proud of where they are from. Imagine an entire nation of Texans. That’s how the Spanish feel about their particular region, and then, more specifically, their towns.

My landlord’s sister married a guy from Sanlucar. This is a town about five minutes away from where I live. And the family? They give him plenty of shit about it. This is an Andalucian mixed marriage.

Are you going to run with the bulls?

No. I will possibly throw tomatoes at other people, though. The only thing I will probably do with bulls is eat them.

How have your thoughts on US Foreign Policy Changed as an Expat?

I don’t want to discuss my personal politics here, because I don’t want to debate. I will say, though, that although I already knew this in theory, it’s confirmed by experience:  Most people who live elsewhere don’t yearn to be Americans.

Would you consider another overseas position or will you go home after this?

I don’t know. Practically, I think it’s better to be home by the time my oldest starts middle school/high school. I think it’s good for him to have roots and identity with a part of the United States.

But. The world is so beautiful, and we’ve seen so little of it. There’s so much sea glass still to be collected, so many moments in the sunshine, and in the crowds.

So many words yet to learn, so many friendships yet to unwrap. 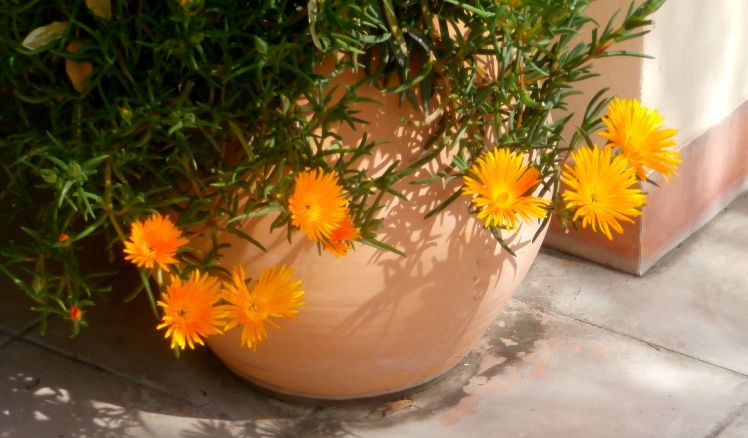 Do you have a question? Shoot it to me. I’ll answer it in a future post.

A thirty-something, fitness-loving, reader-girl finds herself in Spain with her husband and two boys. She strives to learn Spanish, raise the lads, and find grace in everyday moments.